Mind over matter-gashti?
City therapists share their views on the new-age approach adopted by SRK’s character in the movie, who counsels his client outdoors. 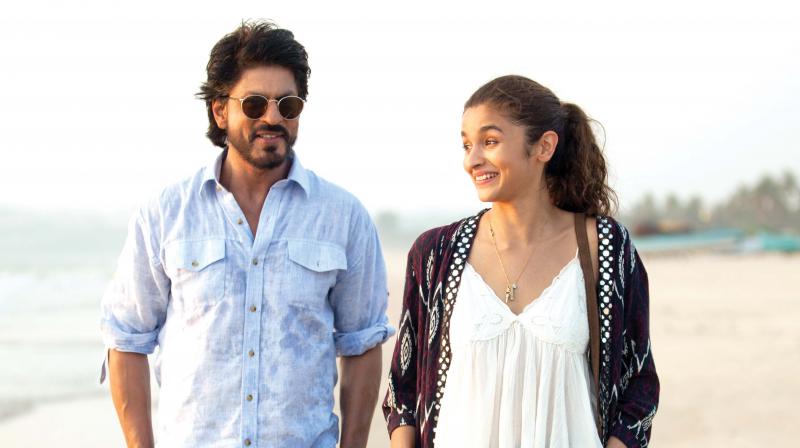 The heart-warming film Dear Zindagi has been causing quite a stir among the masses in the city because of its positive steps in acknowledging the value of mental health. But recently, there have been a number of debates on social media on the depiction of therapists and their relationship with clients. A number of people, including acclaimed writer Aseem Chhabra brought to notice this relationship  on his Twitter handle saying, “Good conversations around therapy but @gauris a therapist would NEVER reveal his personal life, step out of office w/a client! #DearZindagi” to which director Gauri Shinde responded saying “The disclaimer at the start of the film and therapist I aspire to have and therapists too need to evolve with da times etc etc.” to which the writer explained that some rules of therapy could not be broken, changed or evolve, and might even be unhealthy for clients.

Through the film, director Gauri Shinde has acknowledged the therapist and brought mental health into a perspective beyond asylums, and mental disorders. But a number of counsellors agree with Aseem Chhabra on the matter at hand. Dr Geetha Appachu, a psychologist from the city opines, “Advising is not counselling. One of the roles of a psychologist is counselling with the help of a structured talk which helps the client open up and arrive at conclusions on their own, The objective of counselling is to become aware of the problem at hand and most clients feel a sense of relief from the first session itself. But there is a tendency for the client to slip back if the session ends abruptly, like it does in the film.”

The abrupt end of the sessions is a sign of unprefessionalism, according to Dr Nisha Khanna, a psychologist. “Movies are an aggregation of real life events — and if sessions are cancelled it is a huge sign of unprofessionalism. But counselling sessions need to be different for each patient and I do agree on certain aspects like the humour used — it does tend to make the client feel more comfortable. It is also okay to take a session out of the conventional therapy room sometimes, not always, and it is also okay for counsellors to share anecdotes from their lives, to help clients relate to them, and in turn share more,” adds the counsellor.

The film has been praised immensely for bringing to light mental health issues, which is a huge step in a society that keeps mum about it. “A number of issues like depression, were talked about in great detail in the film and we have to credit them for talking about it in the open. But a few aspects like the boundaries set, between the client and counsellor were miscommunicated. We don’t want our clients to come in expecting therapy to be a quick fix with us giving them advice on how to go on with their lives, with the help of special anecdotes from ours. We play the role of the facilitator in the process, not the advisor,” says M Sowmya, another counsellor from the city.